On 6 May 2017, the biggest ever Rugby will arrive in San Antonio. 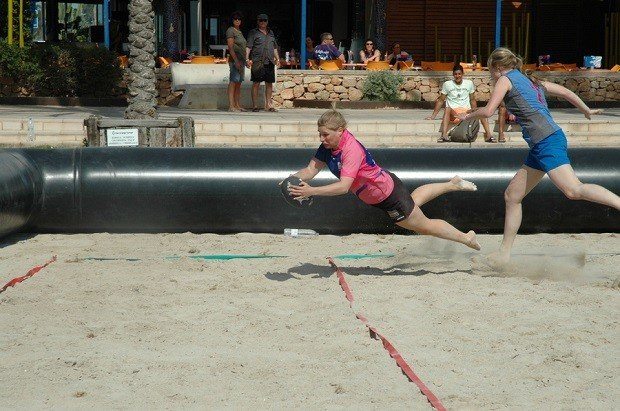 Yes, we are talking about Ibiza Beach Rugby Festival. It is arriving in the city on 6h of May. In the 2017 sporting calendar of Ibiza Beach, this is going to be the most popular event. It is expected that approximately 500 participants will join the event of 2017.

The sandy and wide beach in San Antonio is going to accommodate a giant inflatable goal post and three rugby pitches. The interesting thing is there are more teams coming in this year each. The number has increased. Moreover, the game is open for all, one need not to be the expert of the game and throw them into the tournament.

The beach is going to be soft as it is on sand and the soft pitch is more forgiving in comparison to a frozen pitch. Moreover, to jog away to cool off the sea is there. Do, remember to pick the team kit carefully: saucy, sexy, and bright or a combo of all three is perfect for the job.

For the Ibiza Sports Tours, who is the organizer of the event this year, have some big names like Alhambra Nievas. He has received the award ‘Referee of the Year 2016’.

There will be opening and closing parties for the event and the venue of the same is Ibiza Rocks Hotel, post presentations and matches, all the teams will move back at the Highlander and Shenanigans, they are sponsoring the event. So, this year again the event is going to be all fun and fun.